Beneath the red waves. 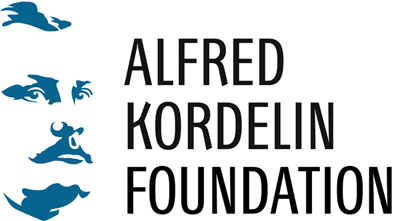 Svensksund as a theme of research

The eastern part of the Gulf of Finland was turned into a battle ground in the War of Gustavus III in 1788-1790. The war consisted of two naval battles. The second battle took place in July 1790 in the inlet, south of the present day of city of Kotka and was the greatest ever fought on the Baltic Sea. This fierce battle ended in a Swedish victory, while the earlier one of 1789 had ended in a Russian victory. These dramatic events, which took place in the area of Svensksund, are shared history of Sweden, Finland and Russia. The enormity of these historic events is made even more tangible, when approached from a micro perspective. This involves finding personal stories of people, whom took part in the battle, as well as information about the vessels involved. These stories will be included in the exhibit about these events which will be created in the Maritime Centre Vellamo in Kotka in 2020. The exhibit is a joint-production of The Maritime Museum of Finland and the Kymenlaakso museum. ‘Svensksund AD 1790’ -project will last until December 2019 and it supports the exhibition process.

The English name of the project ‘Svensksund AD 1790 – Beneath the red waves’ refers to old tales told of the battle of 1790, with descriptions of the blood of the fallen coloring the waters of the inlet red. The red tint of the waves is long gone as centuries have passed since the battle, however numerous wrecks of ships sunken during the battle litter the bottom of the sound. And bear witness over the terrible events, which had taken place on the waters outside the city of Kotka.

Archive research and study of objects will improve our understanding of the events. Due the various source material being scattered over Finland, Sweden and Russia an important goal of the project is to initiate constructive discussions and productive co-operation between museums and researchers within these countries. Thorough the duration of the project international seminars and gatherings will be arranged and hosted to achieve this. These events provide ample opportunities for the museum professionals and researchers from different countries to meet and discuss of conflict related aspects in maritime archaeology as well as museum exhibits. An additional goal of the ‘Svensksund AD 1790’ -project is to identify more of the remains of vessels and produce digital content about the wrecks of the ships, which remain underneath the waves of Svensksund. The material and the connections generated during the project will contribute greatly to the exhibition work done in Maritime Centre Vellamo and to raise awareness of the historic events, which unfolded at Svensksund.

You can keep up with this exciting project via this blog ‘Svensksund AD 1790 - Beneath the red waves’. You are able to find news, information on progress and articles of findings from the Logbook. From events you can see what's coming up next and where.

An icon of a Russian crew member on board the St. Nikolai, which sank during the 1790 Battle of Svensksund.

If you desire more information or wish to attend events, you're more than welcome to contact us.

A summary of the historical events, which took place in...

Project news, information on progress and articles that pertain to...

The last international project seminar will be held at the...