Nothing certain is known about Louhisaari's buildings before the completion of the present main building in 1655. The Louhisaari group of buildings is one the very few examples in Finland of the palatial architecture of the Late Renaissance which was characterised by the strict symmetric arrangement of the buildings and the plan.

The three-storeyed white washed brick manor-house and the low annexes encircle a courtyard which was earlier encosed by a brick wall. (The present-day iron fence was designed to replace the old fence that used to unite the main building with the annexes.) Before the manor-house was complete Herman Fleming rebuilt the chapel church of Askainen which, in a way, also forms a part of the manor for the almost 3 km, long road from the church ends in the sandstone portal on the axis of the main building.

The south-eastern (left) annexe is older than the other building, its basement storey may date back to the 16th century. The north eastern (right) annexe was the manor kitchen and bakery until 1792. The buildings have been preserved in the main in their original form, but have of course been repaired and altered in the past 300 years to accord with the changes in living habits. Major repairs were carried out in the 18th century. In the restoration project implemented by the Archaeological Commission in 1962-1967, the exterior of the manor-house was restored as far as possible to what it had been in the 17th century.

The interior
The main interior features of the first and third storeys of the main building were restored to their 17th century form, but the second storey which has always been the actual residential floor is on the whole as it looked after the repairs of the 18th and 19th centuries.

The ground plan is repeated in principle in all the storeys. The storeys are connected by a staircase covered by low cross vaults and spiral stairway for the staff. 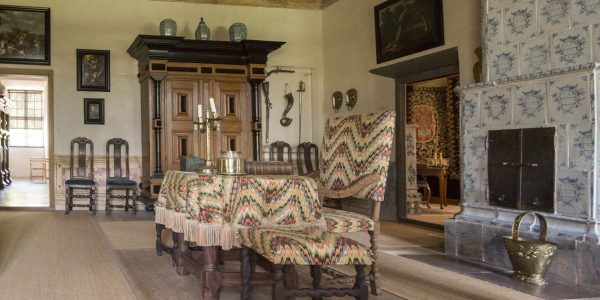 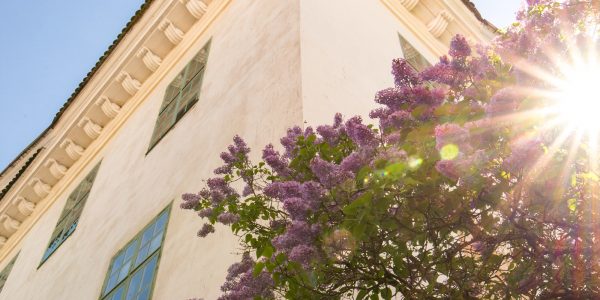 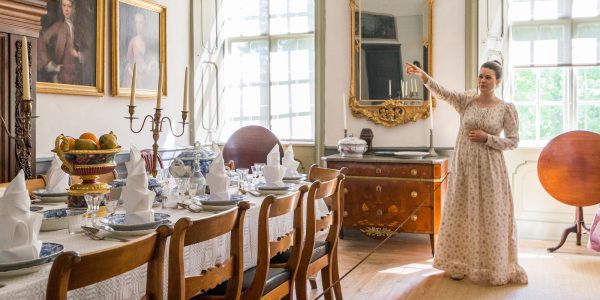