Many banknotes and coins still have pictures of rulers in them. The front face of a coin is called heads, as it often depicts the head of a prominent person, such as a king. This is not a new invention. When money was introduced in the Middle East in ca. 600 BCE, other symbols were first used. Usually, they were pictures of animals or gods. In ancient Greece, money still mostly showed gods and heroes but, gradually, real people also started appearing. Julius Caesar was the first Roman to let himself be portrayed on a coin.

In the Middle Ages, society and ideals changed. Social groups played a greater role than individuals, and this was also reflected in portraits. Simplified pictures were introduced to symbolise a person’s social status. During the Renaissance, individual, realistic portraits became popular again. Most portraits are profiles. Such portraits were easier to mint on coins, and they also gave them a serious, respectful look. Since then, the use of portraits, especially profiles, in money has remained widespread throughout the Western world. You can also often see portraits on banknotes.

Select an image for more information 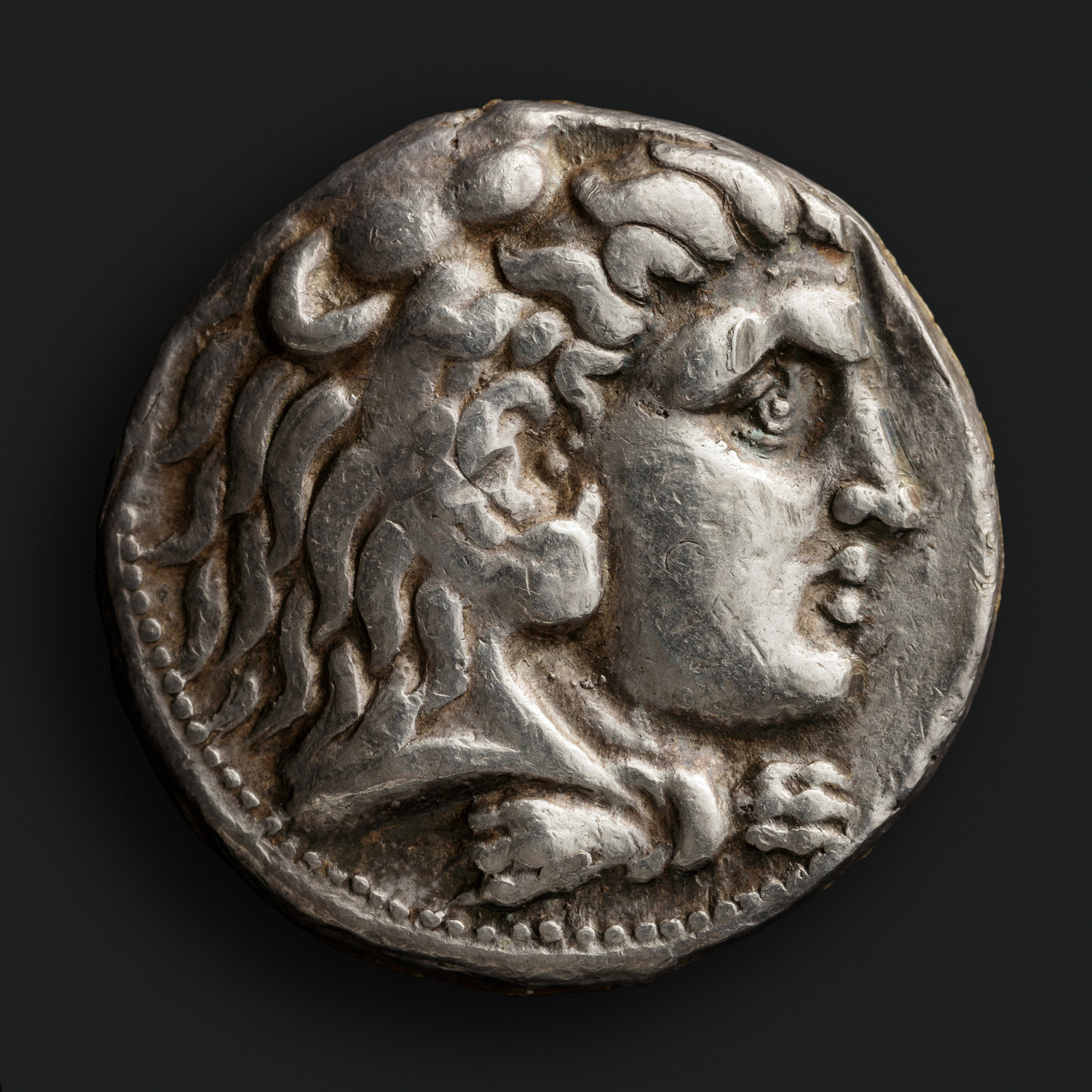 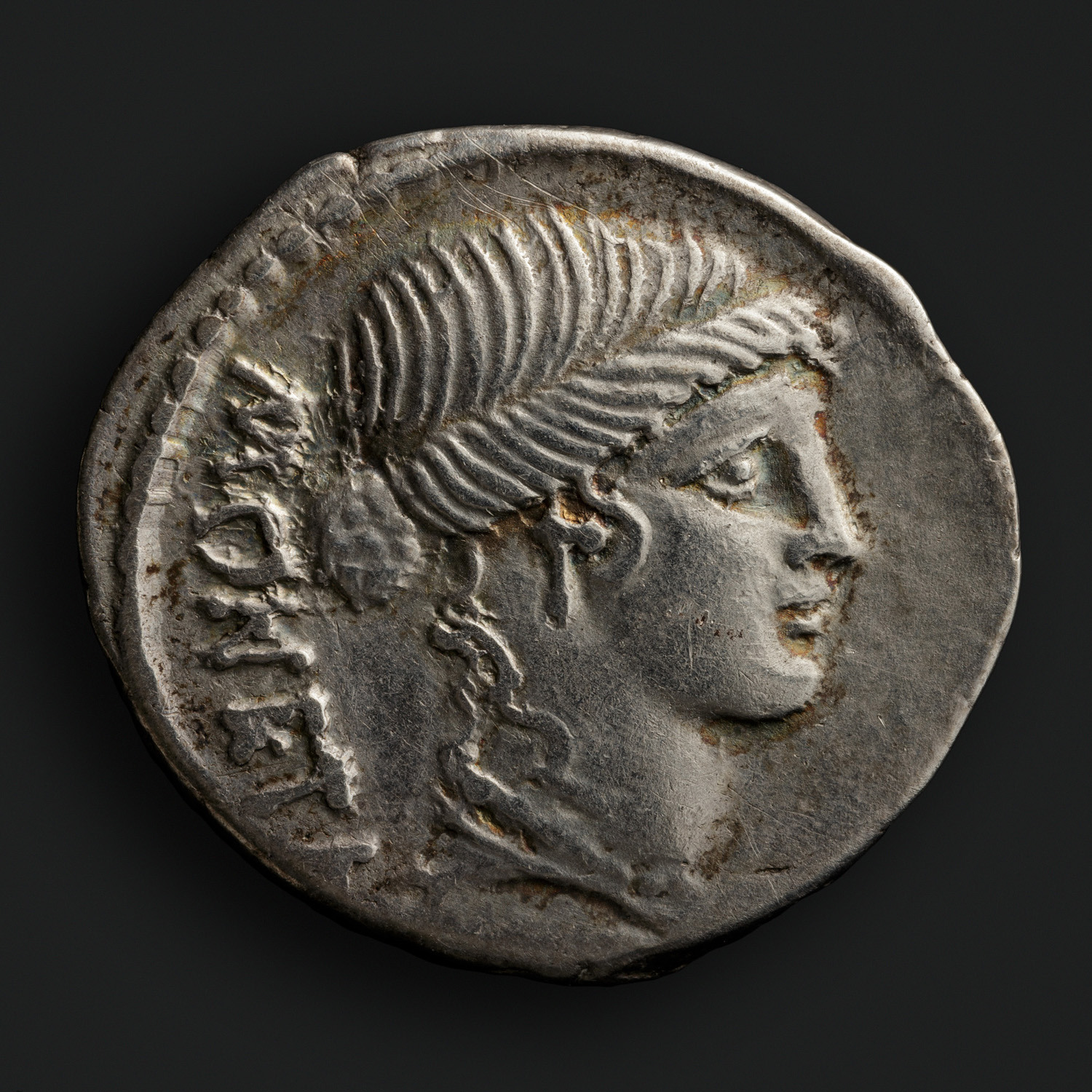 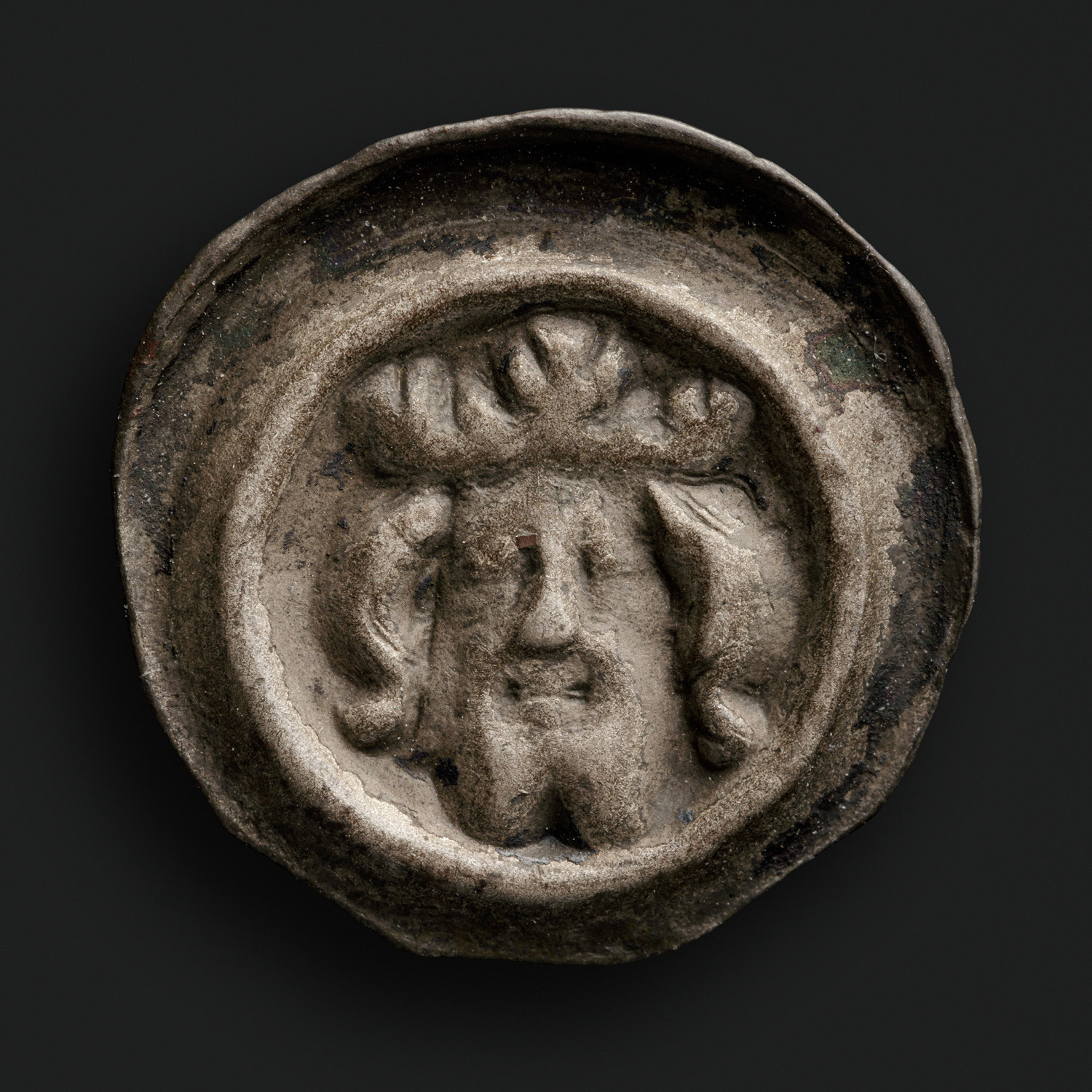 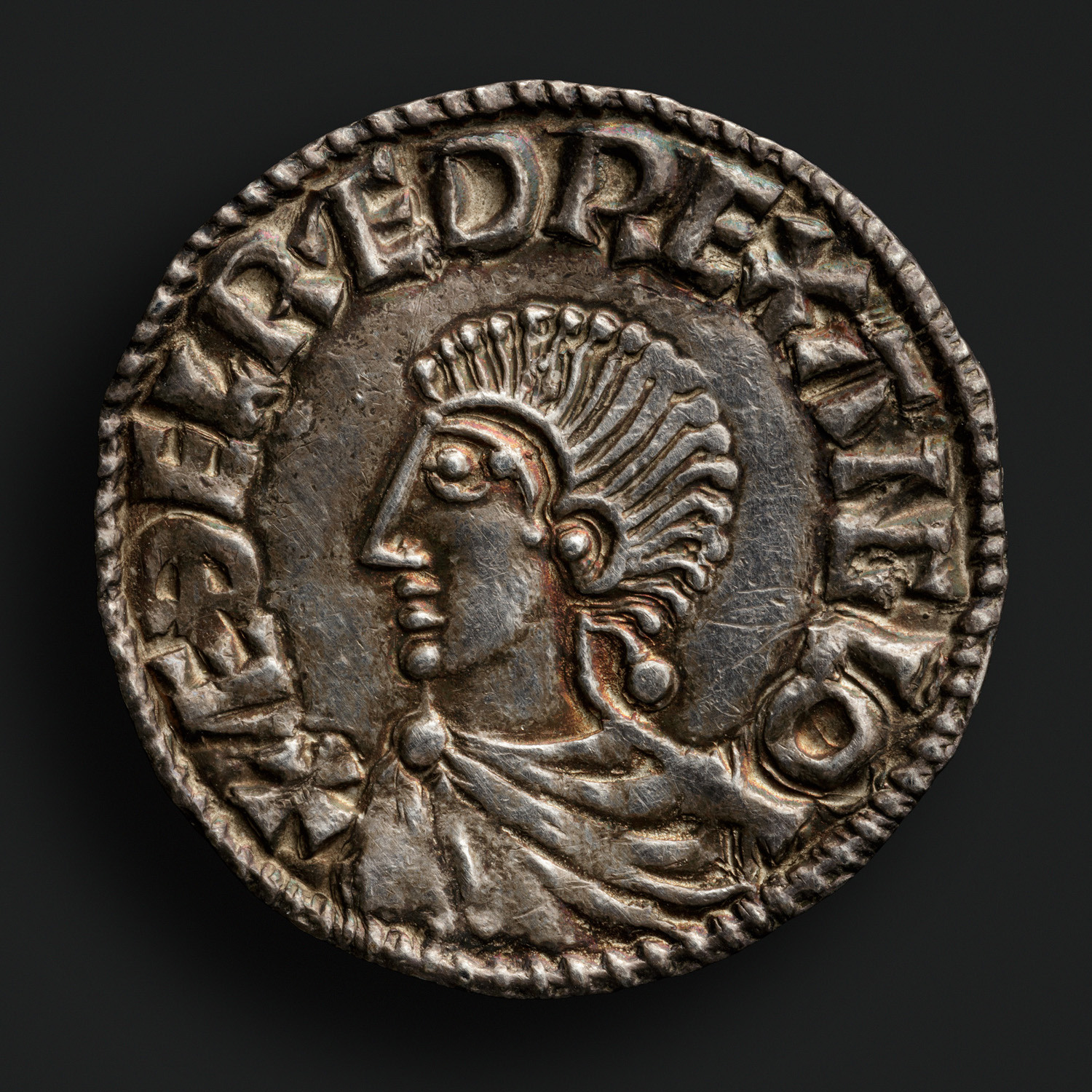 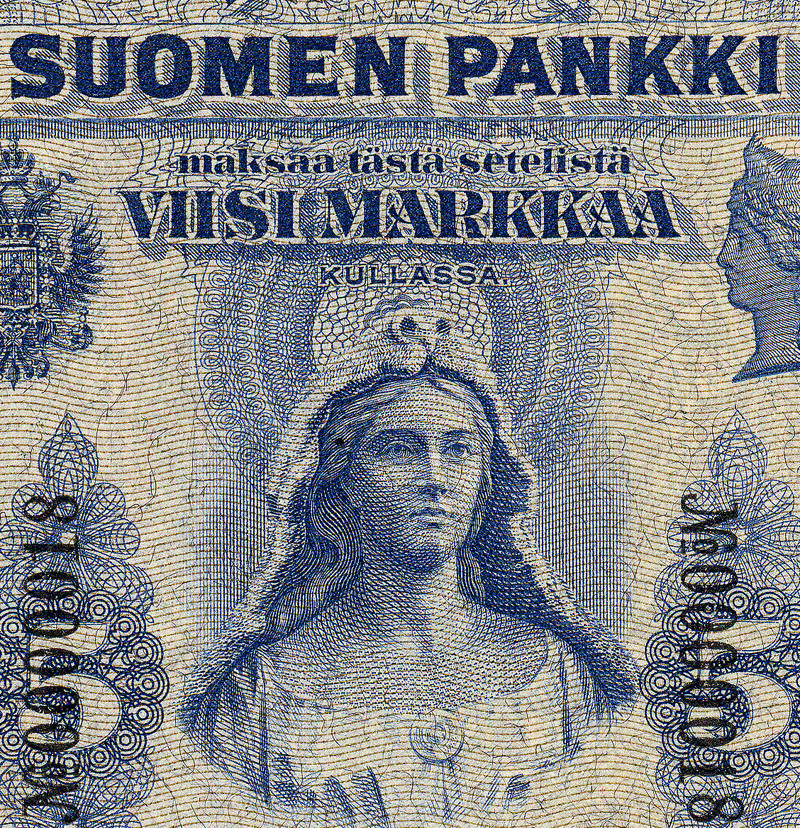 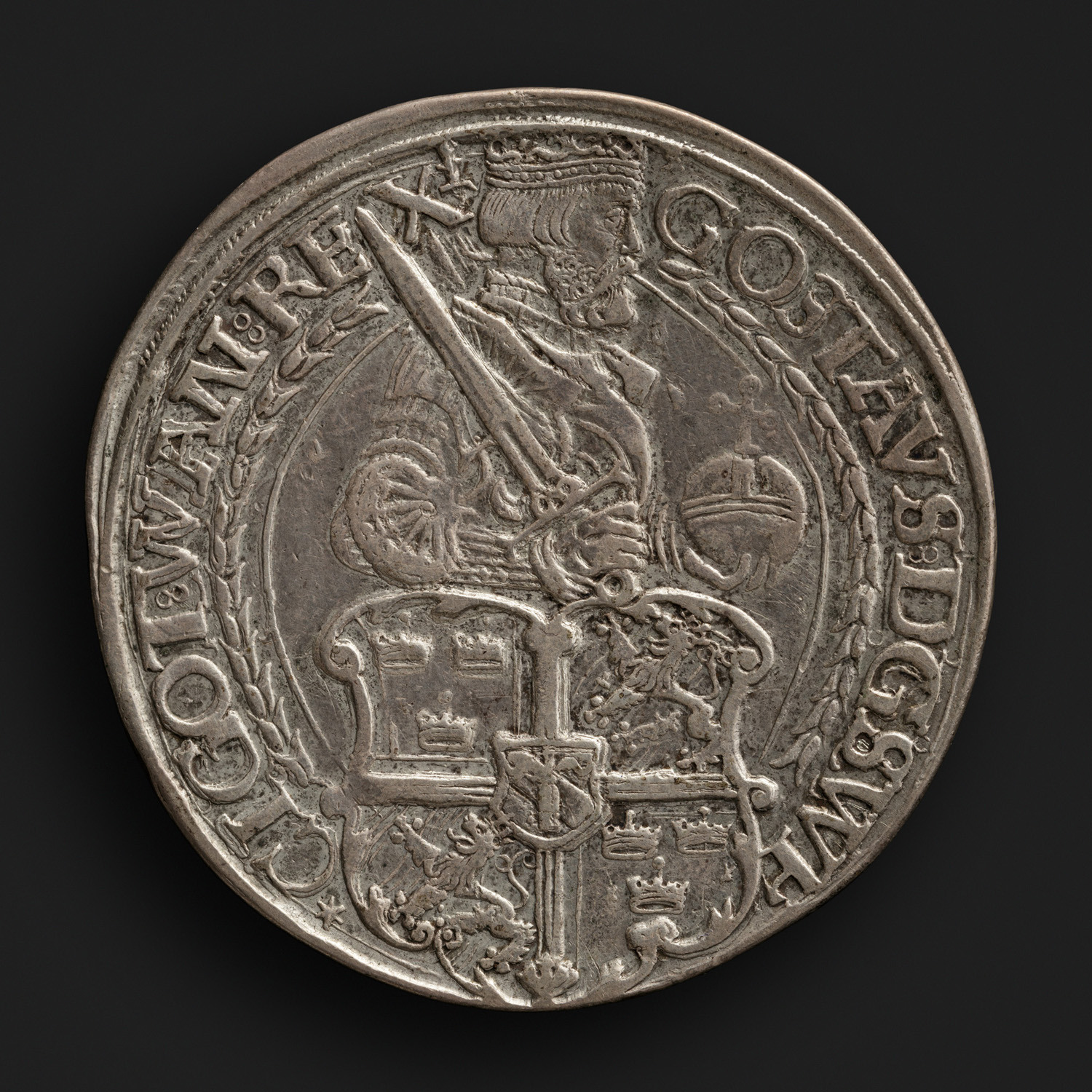 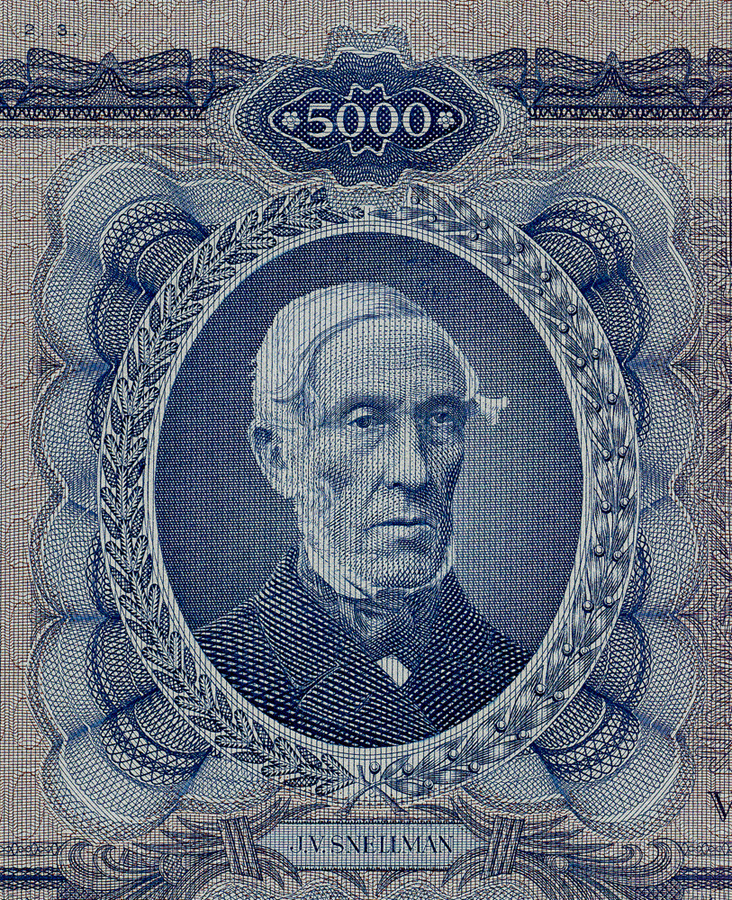 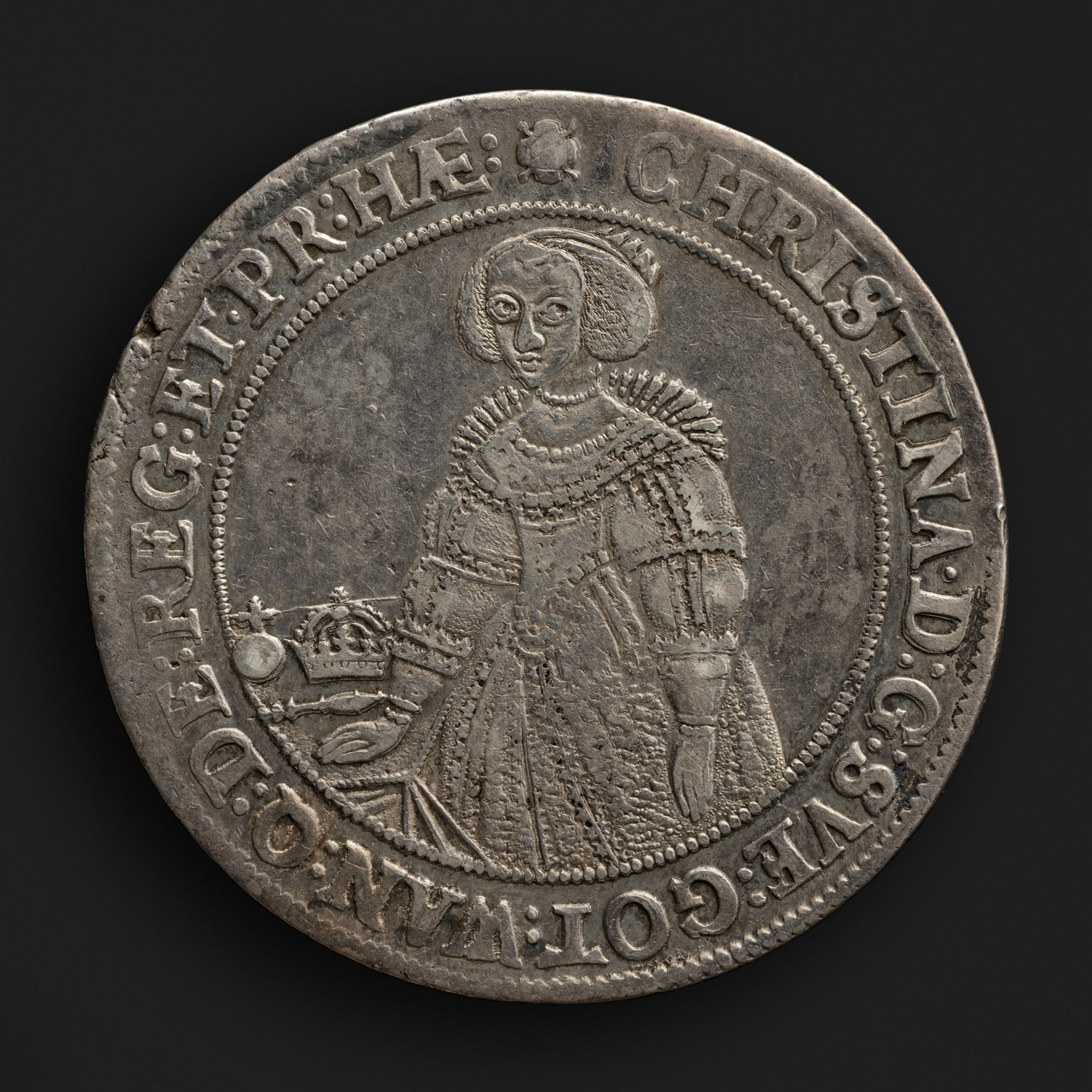 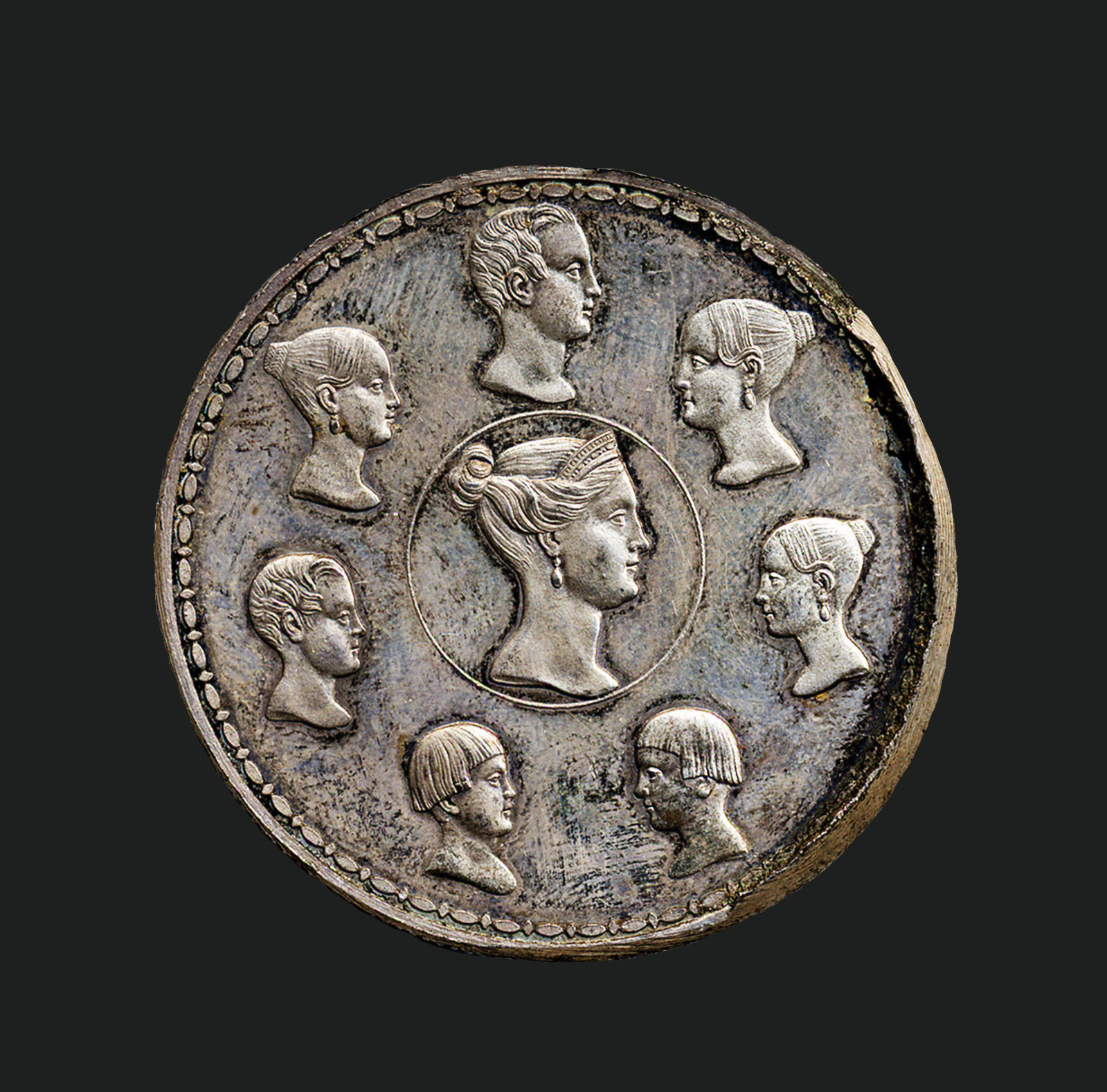 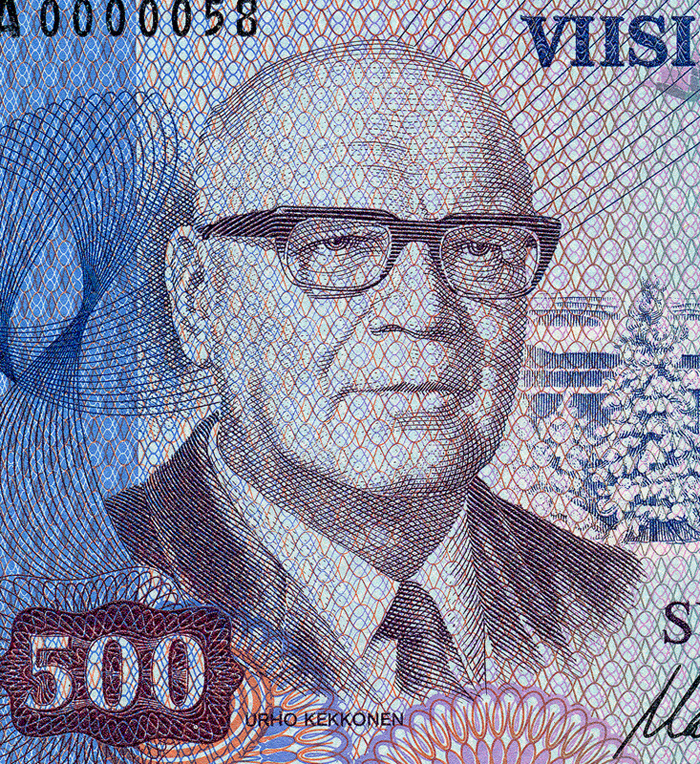 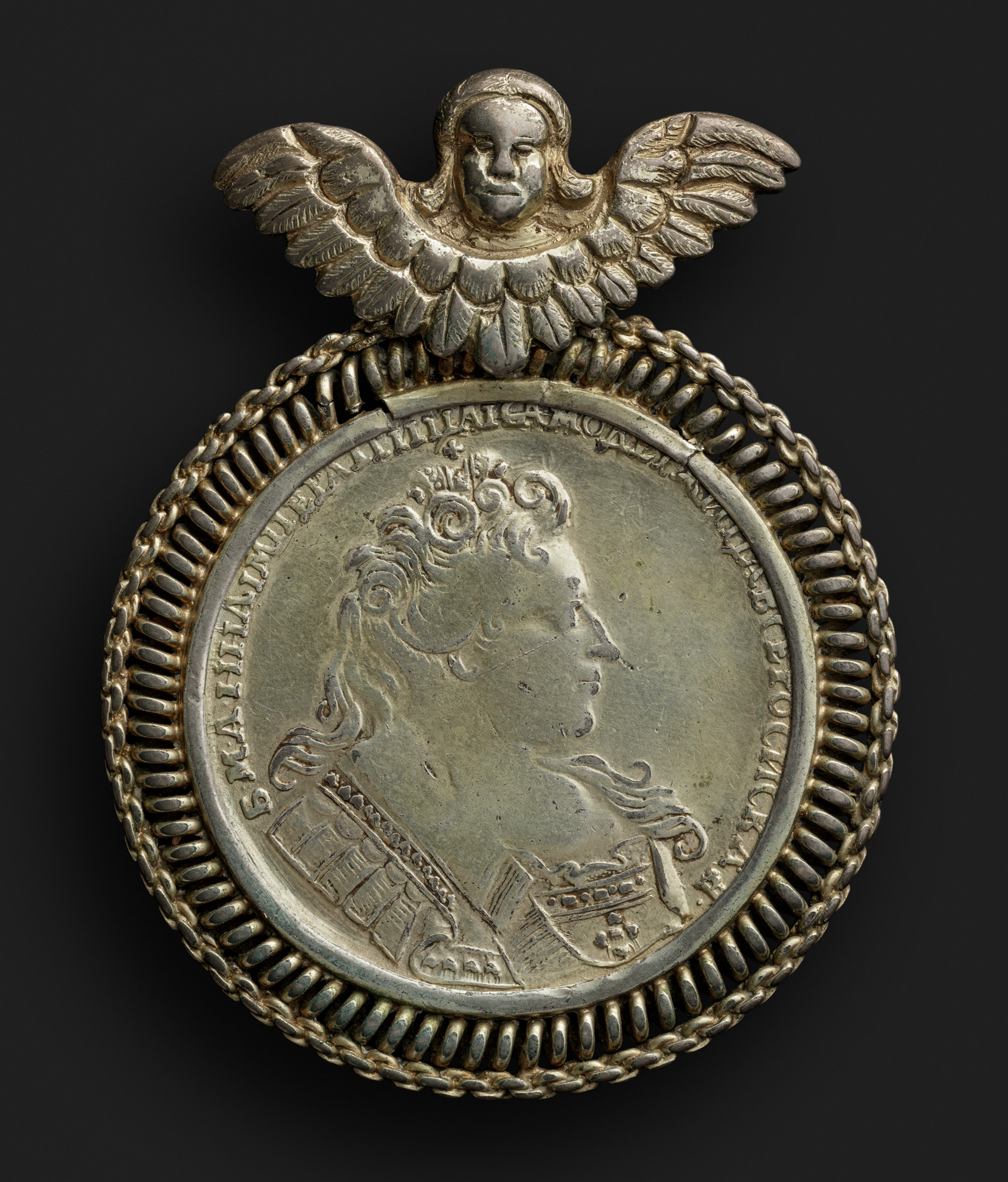 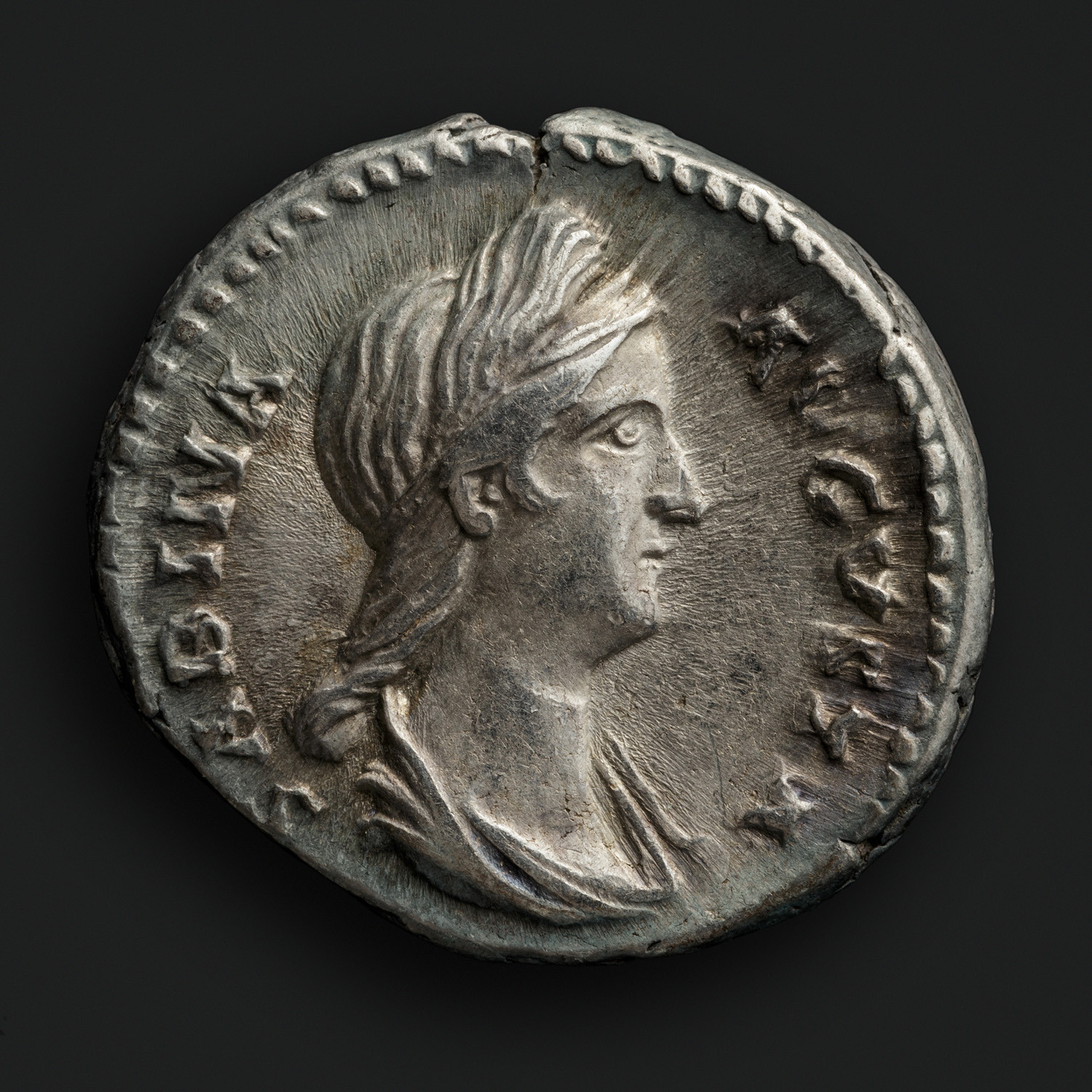 Tetradrachm of Alexander the Great

Penny of Albert of Mecklenburg

Penny of Æthelred the Unready

Daler of Gustav I of Sweden

Family rouble of Nicholas I

Denarius of Sabina and Venus

Tetradrachm of Alexander the Great

The front face of the tetradrachm of Alexander the Great (336–323 BCE) depicts Heracles, the son of Zeus and a demigod in Greek mythology. Heracles can be recognised by the lion’s head, which he wore as his helmet. According to a story, the first of Heracles’s labours was the capture of the Nemean Lion, which had terrorised the local population. The back face of the coin shows Zeus and his eagle and Alexander’s name.

A Roman denarius from 46 BCE. The front face shows the goddess Juno. In Roman mythology, Juno was the goddess of heaven and marriage, in Rome especially the protectress of women and birth. The ancient Roman Mint was located at the Temple of Juno Moneta on the Capitoline Hill, and in the epithet of Juno Moneta, Juno became the protectress of state funds. The Latin word for money, moneta, has since been adopted in different forms in many languages. The back face of the coin shows coining implements, and the text T. CARISIVS refers to the moneyer. Titus Carisius was a member of a powerful Roman family.

Penny of Albert of Mecklenburg

A penny of Albert of Mecklenburg, coined in the 1370s or 1380s. In the Middle Ages, small coins were made in Sweden from thin pieces of silver (bractea in Latin), which is why they are now called bracteates. The coins were so thin that they could only be coined on one side. The crowned head on the coin suggests that it was coined in Stockholm. The picture depicts the king, but Albert himself did not necessarily look like this at all. The symbols of other mints were crowned letters.

Penny of Æthelred the Unready

A penny made in the days of Æthelred the Unready, King of England. This type of coin, the so-called Long Cross penny, with a big cross on the back, was coined in 997–1003. The text on the back face shows that the coin was minted by the moneyer Sibwine in London. Such coins were also used in Finland as a means of payment during the Viking Age.

The five-mark note was issued on 19 March 1898. The banknote depicts a bust of the Patria statue from the monument of Alexander II, designed by Walter Runeberg. The whole sculpture depicts the goddess of justice with the Lion of Finland beside her. In her hands, the goddess has a sword and a shield with the word LEX. The sculpture is also known as the Lex statue. The statue of Alexander II was of great importance as a political symbol. At the end of the period of autonomy, it was interpreted as reflecting the constitutional struggle, and the goddess of justice was seen as the Maiden of Finland.

Daler of Gustav I of Sweden

A daler of Gustav I of Sweden from 1542. The daler was introduced in Sweden in 1534. The amount of silver had increased on the world market, making it possible to produce bigger silver coins. A big coin could also accommodate more complex pictures and more text. In Renaissance style, the king’s portrait was realistic and, at the same time, a strong sign of power. The picture on the back face shows the standing Saviour and the inscription SALVATOR MUNDI ADIUVA NOS (Saviour of the World, help us).

A riksdaler of Queen Christina, coined in 1640. On the front face, the queen stands beside the symbols of power on the table. The text is an abbreviation of CHRISTINA DEI GRATIA SVECORUM GOTHORUM VANDALORUMQUE DESIGNATA REGINA ET PRINCEPS HAEREDITARIA (Queen of the Swedes, Geats and Wends by the Grace of God). The back face shows Christ standing, and the tripartite seal on the left has the coats of arms of Swedes and Geats as well as the coat of arms of Vasa at the bottom. The text on the back says SALVATOR MUNDI SALVA NOS (Saviour of the World, save us).

Family rouble of Nicholas I

Nicholas I’s 1 ½ roubles or 10 złotys from 1836. At this time, there were no portraits in regular money, but they were used in special and commemorative money. The coin was made following the Bavarian example, with a portrait of Nicholas on the front and his wife Alexandra Feodorovna and their seven children on the back. The coin was made for gift purposes.

The 500-mark note was issued on Urho Kekkonen’s 75th birthday, 3 September 1975. Kekkonen was the first Finnish head of state to get his picture on a banknote during his term of office. The landscape is a view from Vuokatti. The banknote was designed by Paavo Huovinen and implemented by the Printing Works’ artist group led by Pentti Rahikainen.

Empress Anna Ivanovna’s silver rouble, 1732, used as jewellery. The front face of the coin is gilded. Judging by the shape of the frame, this piece of jewellery is from Ukraine. Jewellery made of coins and medals or their imitations was popular there, especially if they depicted a female ruler.

Denarius of Sabina and Venus

A Roman denarius from 128–137 CE. The front face shows a portrait of Sabina, Emperor Hadrian’s wife. The back face shows the goddess Venus; the text VENERI GENETRICI refers to the goddess as a mother figure and as the mother of the family of Julius Caesar, founder of the Empire.

There are masks for many different purposes and uses

A person is immortalized in a portrait at a certain moment

Try to put the money in chronological order.

The money has been broken! Assemble the old means of payment.

Turn the money in the collections into your own artworks! What would the coins look like if they were coloured? Try it out!