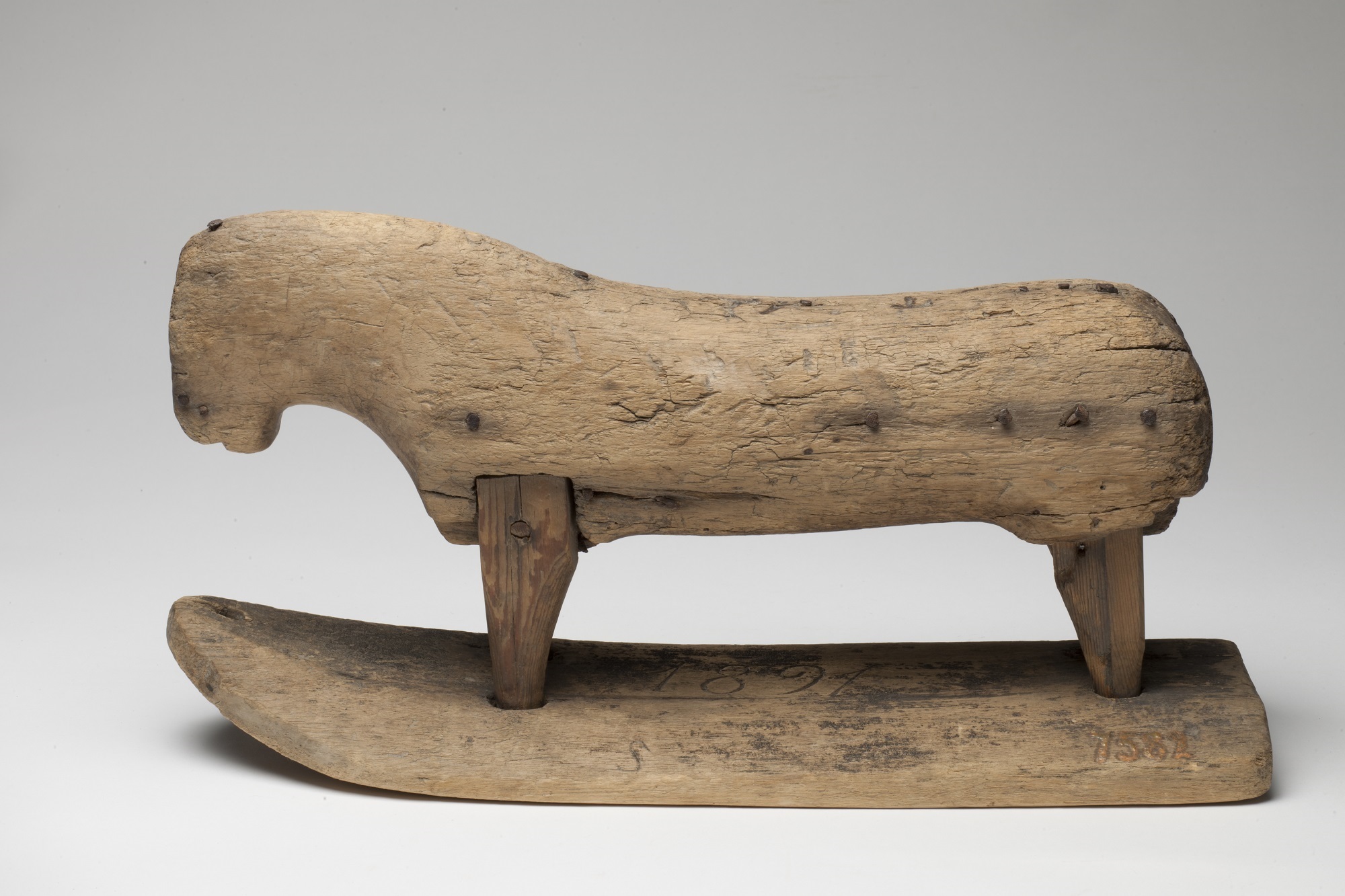 Homemade toys were an important part of the lives of Finnish children up until the early 20th century. For a long time, purchased toys were very rare, something that only the wealthiest families could afford. However, relatively few old homemade toys have been preserved, since they were usually played with until they fell apart and, on the other hand, were not seen to have the same value as purchased toys.

Wood was traditionally the most typical material used in Finnish toys, as it was easily available regardless of wealth. People who made toys at home knew how to make use of the varying hardness, shapes and knottiness of different wood species.

Toys strove to imitate the living environment of their users, and so wooden animals were familiar friends to children in the countryside in particular. The popularity of toy horses reflects the irreplaceable role of horses in people’s lives as means of transport, and as co-workers and travel companions alike. Some of the oldest toys preserved, wooden toy horses, have a history of thousands of years in various corners of the world. In addition to Europe, they have been found in at least Persia, China and Egypt. Mediaeval European toy horses, such as hobby horses, which were already popular then, can be seen in illustrations from the era. A mention of leather-covered wooden horses has been preserved from 1591. Rocking horses were also already known in the 16th century.

The oldest dated wooden horse in the National Museum’s ethnological collections dates from 1823. Unfortunately, the name of its original owner has been lost in the mists of time. The only information left about the owner is the initials TJ carved on the side of the horse – or perhaps they refer to the person who made the toy. The horse was donated to the museum’s collections in 1933 by farmer Viljo Jussila from the village of Tapoila in Vähäkyrö.

Almost 200 years old, this horse has seen many different times. It lost its tail somewhere along the way but still solidly stands on its wooden runner. The date of manufacture is indicated by the carving at the bottom of the runner, 1823. The runner is curved at the front and has a hole at its tip, thanks to which it was possible to pull the horse on snow. The small wooden horse was probably a cherished partner in snow games, seeing that the original runner wore out and was replaced with a similar one in 1891. This is indicated by another date carved on top of the runner.

In the 1950s, plastic started quickly replacing wood as the manufacturing material of toys. Now that attitudes towards plastic are becoming more critical and we have started to see its environmental impacts, the appreciation of wooden toys has again started to increase. Wood is considered a humane material that ages and wears over time. Old wooden toys have their own special warmth, and “in the land of memories, a simple toy has got the wings of a mythical horse.*”

The artefact is not currently displayed.

The initials TJ can be seen on the side of the wooden horse. Photo: Finnish Heritage Agency/Museokuva Matti Huuhka.

Year 1823 is carved at the bottom of the runner. Photo: Finnish Heritage Agency.